Well, not crazy-crazy, just a little crazy, collating the extra copies I've had printed of Ornament #1 in my new Bejeweled Bargello club that starts in May!  Orders have exceeded what I initially estimated so now I'm putting together the extra charts and bead kits.  Still on track for a May launch, that's the important thing!

And yes, that is the actual stitched ornament tucked over to the right, I've still yet to get them off to the finishers! I decided to hang on to them until after all of the chart work was done.

It's not too late if you would like to sign up, just send me an email at ada@eyecandyneedleart.com for all the details! 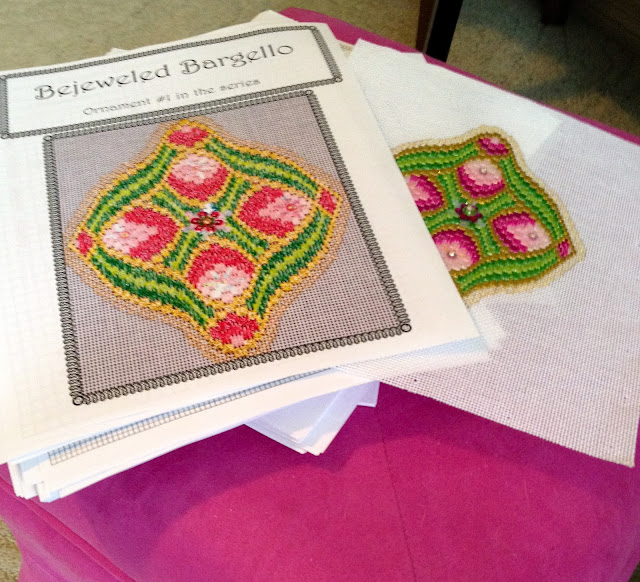